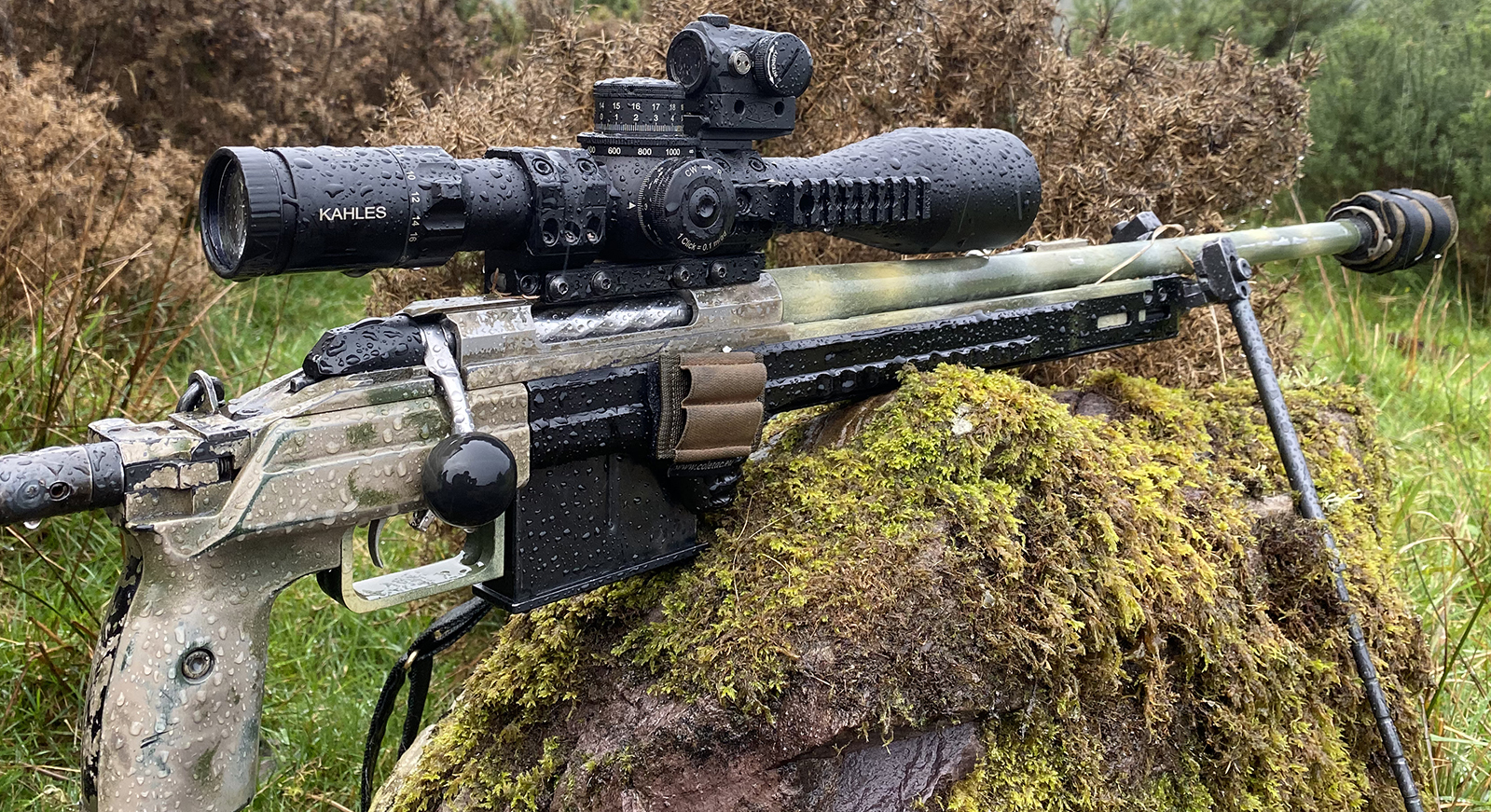 We initiated the HK G3 Upgrade Project because we thought this weapon has the potential to remain in service and relevancy for years to come. With a few changes the precision is very good. The project goals were to give the user better ergonomics, a new forend, Picatinny rail on the top, and prepare a standard interface for a new stock.

The HK G3 is one of the western world’s great battle rifles, and it has proven itself to be very reliable and very accurate. Unfortunately most users feel that the G3 is old and has passed its prime.  But with many thousand of G3s still in use around the world we wanted to see if we could adapt the G3 for today’s standards. We feel that we have succeeded and in many aspects the G3 with our modifications is as usable and serviceable as the AR10’s or HK417’s of today, but with a strong favor to the G3 as to reliability and price.

The main disadvantage of the G3 Rifle is the stock design tailored for the low iron sights. Due to the design with the long receiver the low iron sights forced the stock to have a ”hump” just behind the action. This ”hump” is also known as the ”cheek bone chrusher” for reasons that become painfully obvious to most. To prevent a collision between the”hump” and the shooter’s face they made the stock terribly long. It’s almost 75mm/3” longer than an M16A2 stock. This was not a positive thing in the old pre-body armor days, but today it’s a huge problem, and it makes the G3 cumbersome, heavy, and difficult to control.

We have therefore created our own solution with a buttstock that is much shorter and have the comb about 25mm/1” higher which aligns the shooter with the optics.

The gun feel lighter as it’s closer to the shooter, it’s shorter and is easier and faster to mount to the shoulder, and the recoil is easier to absorb as the boreline is lower – now it’s actually controllable in full auto!

We made a new forend that have almost the same outline as the original with the same weight as the HK plastic forend (190 gram/6,7oz). It is very well ventilated so the barrel cools quickly and gives the user the option to add sections of Picatinny where he needs it at 3, 6, or 9 o’clock. The forend is also very comfortable and gives the advantage of allowing the shooter to grab around the forend with a modern grip to manage the recoil, which is hard to do with a Picatinny forend.
As our forend have Spuhr™ interfaces on 3-6-9 o’clock it offers you the convenience of using the same rail sections as on our scope mount or our G36 forend.

Ian Mccollum looks at the modernization of the G3. ... See MoreSee Less

One note on installation: if the rifle was fitted with a Timney trigger this unit uses a steel shim underneath the trigger housing. When in place, it may look as though the bottom of the trigger compartment has a raised portion but it does not: this is the shim, which must be removed in order for the TriggerTech unit to fit into the rifle.

(See attached images of the shim and the Timney trigger unit, and the shim in place in the rifle prior to removal.) ... See MoreSee Less

A video from last years Ulfhednar Winter Bolt PRS competition, which we were happy to sponsor. ... See MoreSee Less

Ever felt like you needed a pistol grip for your Spuhr handguard?

US special forces on excersize with Swedish homegu

Some no Tactical 1890s gunnery today in the snow!

If you like traditional guns and you have seen the

This website uses cookies to improve your experience while you navigate through the website. Out of these, the cookies that are categorized as necessary are stored on your browser as they are essential for the working of basic functionalities of the website. We also use third-party cookies that help us analyze and understand how you use this website. These cookies will be stored in your browser only with your consent. You also have the option to opt-out of these cookies. But opting out of some of these cookies may affect your browsing experience.
Necessary Always Enabled

Any cookies that may not be particularly necessary for the website to function and is used specifically to collect user personal data via analytics, ads, other embedded contents are termed as non-necessary cookies. It is mandatory to procure user consent prior to running these cookies on your website.